Hot Dog Of The Week Update 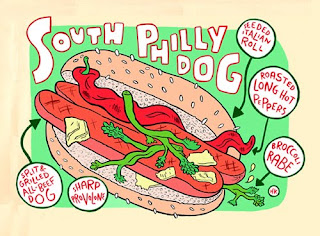 Phillies fans picked the South Philly with broccoli rabe, long hots and sharp provolone as their signature hot dog. I stole Chau's photos and turned it into Hot Dog Of The Week. I thought the big controversy would be about which dog they picked but instead it became a raging message board battle about the inferiority of skinless hot dogs. 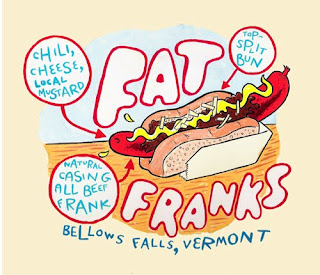 This place was one of my favorites from a recent trip to New England. Natural casing dogs, new england buns, amazing house made chili cheese fries, and lots of local microbrews. 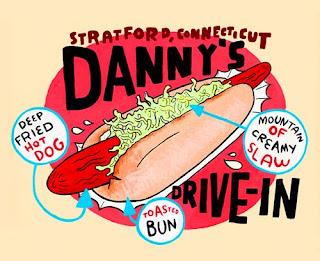 We hit a traffic Jam on I-95 on the way here from Vermont, had to pull off the highway and blow through a million red lights in a rented truck to make it before they closed. Risked life and limb but so worth it. Deep fried dogs on toasted rolls and heavenly slaw that tasted like vanilla.