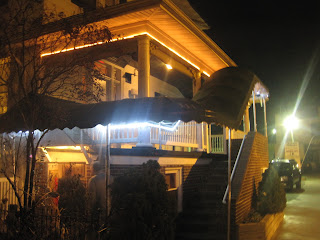 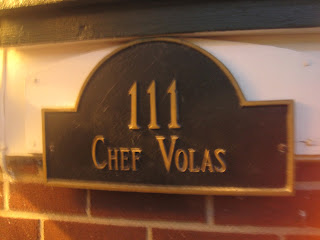 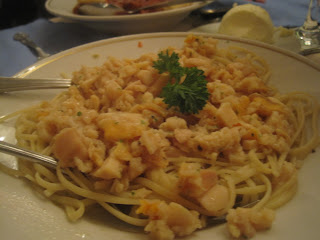 The pasta is awesome here, super super simple like shucked & chopped to order clams with butter and parsley. Love it. 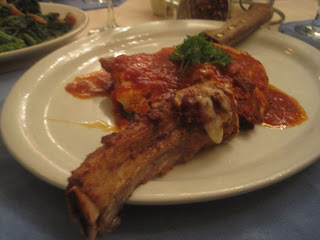 Giant pounded and breaded veal and chicken parm. This is a half order. Whole fish Puttanesca style specials sounded good too. Everything is huge here so you can share and it's 10 times more affordable than you thought. BYOB and maybe the best service of all time.


Don't miss the limoncello cream pie or the banana cream that supposedly Frank Sinatra had delivered to his dressing room after every show in AC.

Why anyone would go to an Asian-fusion slider restaurant full of people wearing designer ultimate fighting clothes, or pay thirty dollars for food poisoning at a buffet (the other dining options in Atlantic City) instead of coming here boggles my mind. 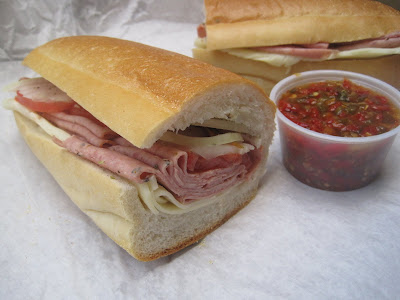 A Sandwich A Day: Zep from Eve's Lunch in Norristown, PA - on Serious Eats. 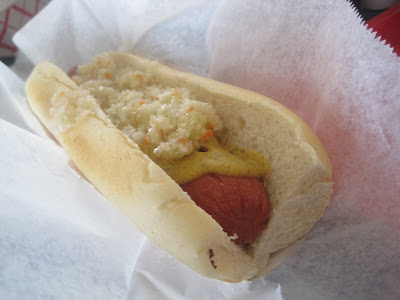 Stopped into Moe's for the first time in a while! This a 2-alarm Engine 47 (deep fried) with pepper hash and spicy mustard.

Always forget that they do deep fried hot dogs..definitely the way to go here since the other option is steamed. Yes they serve the dogs on big hoagie rolls which I'm not really into but willing to overlook since Moe's is otherwise awesome. 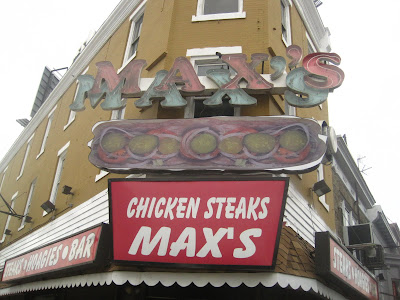 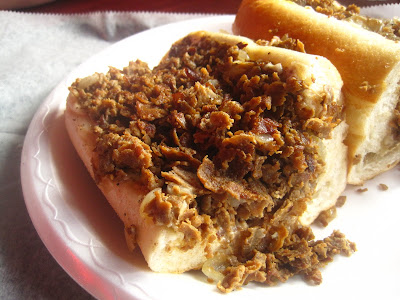 I've been driving past this cheesesteak spot smack in the middle of North Philly Time Square (Broad & Erie) for years and finally got it together a few months ago when we were doing the Best Cheesesteak thing for Serious Eats. Max's didn't make the cut for Serious Eats but this place is really one of a kind.

All the Holiday Eating

Christmas Eve
First food gift - an array of british products like "ahhh.. Bisto!" instant gravy and "Salad Cream". I tried the gravy over some grits which I'm sure is wrong but it was pretty good (thanks Helena!) 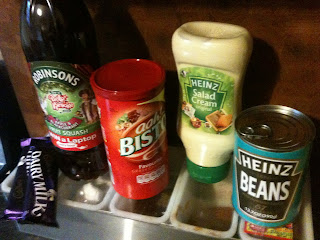 Picked up a 1/2 sheet tomato pie from Ianelli's on the way to the girlfriend's sisters house in New Jersey (I call it "North" but they say "Central" even though it's all "Subs" and NY teams) and they didn't know what to do with it. Some was heated, other eaten cold, but it spawned a discussion of Newark italian Bakeries so successful overall. Also delicious ham, and every year a 10 lb bag of Ms T's pierogies with brown butter and carmelized onions on the side. Awesome. Then back to the city for late night whiskey.

Christmas Day
Completed the Jersey / Philadelphia exchange by bringing back a dozen giant, puffy, airy, delicious bagels from Bagels & Deli Bakery in Toms River NJ. After these you won't ever try to argue that "there are some OK bagels in Philadelphia" ever again. Piled up with whitefish salad from Dibruno's and a can of Fresca that my dad gets from the dollar store - Christmas hangover instantly cured.

Dinner was a boneless ribeye roast and my Mom's famous brie mashed potatoes. I tried to make them once with fancy pants expensive cheese and "french technique" and they tasted like crap. The secret is cream cheese and bake it in a casserole Mom style. Dessert was mind blowing Gingerbread with some sort of salted carmel brown butter sauce, also amazing. Wish I had photos but sometimes it's just not the time to be an annoying food blogger.

New Years Eve
Back to Corropolese in Norristown for Tomato Pies (full sheets), stromboli bread (f***ing amazing) and 3 lbs of meatballs in the same sauce they use for the tomato pie. 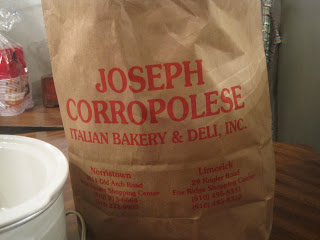 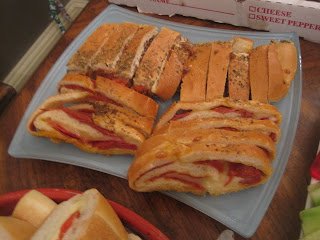 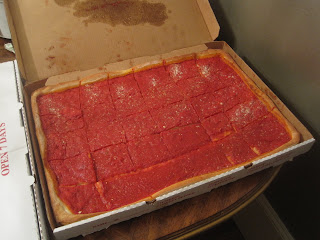 Was thinking of trekking back to Swiacki Meats but whoa Corropolese also carries Kilebasa and Kabanosy so I picked up a bunch of that. 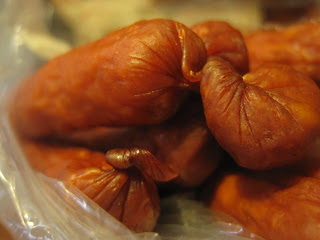 Also proper Zeps from Eve's Lunch right down the street. 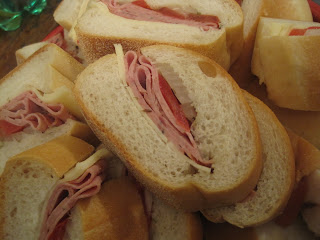 Finally found Zayda's Pickles at Cosmi's (actually sourced by DFF research assistant Tim also responsible for these beautiful photos of Czewr's) and don't know why everyone doesn't sell them. 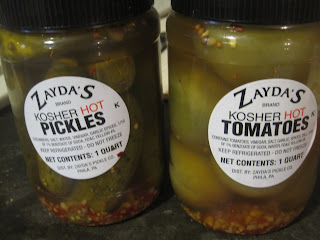 Also more whitefish (I'm addicted) smoked salmon and all that stuff. Somehow 7 bottles of whiskey, most of a keg of beer and lots of wine, gin, champagne, etc.. were consumed by maybe 30 people? 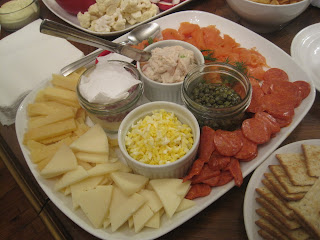 New Years Day
Watched the Mummers on TV even though I live 1 block from Broad street. Ate more Kabanosy and Zayda's pickles in honor of New Years. Finally pulled myself together and went to New Years Day party, bloody marys and bud light. Went to a different party where some guy kept pulling out his shaved balls, and there was an awesome make-your-own grilled cheese station. Went home and ordered Santuccis, the only pizza place in South Philly open on New Years Day at 9pm. 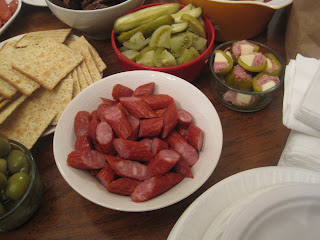 Monday
After 2 days of drinking, helping a friend move into a new apartment at 9am. Awesome. Made better by Mexican breakfast and Mexican Fresca at Los Gallos. 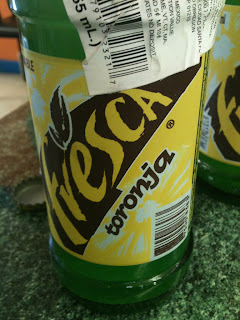 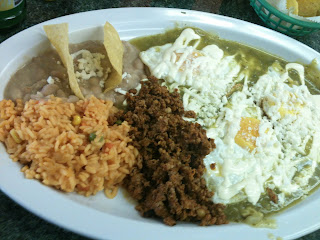 After that, slowly trying to finish off the keg with some board games and Celebre's. 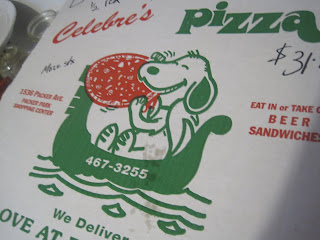 Now, realizing I spent all my money on tomato pie and the bill collectors are calling and I need to do some work and eat nothing but yogurt and quinoa for the next two months.