The last (for now) in a series of crazy Philadelphia sandwich posts for Serious Eats, we did Hoagies and Cheesesteaks a couple weeks ago and this time it's Roast Pork, Cutlets, and all the rest. You can read the real thing on Serious Eats - this is basically just an excuse to post more pictures. 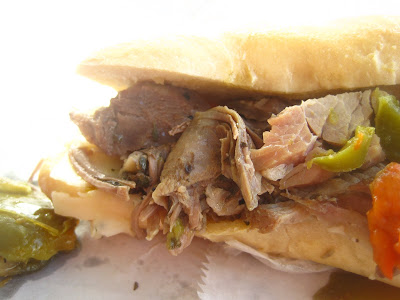 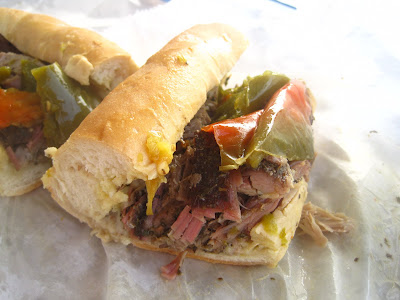 Starting off with the best - Dinic's in the Navy Yard made some of the most delicious sandwiches of the 40+ places we tried over the last couple of months. Not "the best" as in "I don't know what else to write" or "I'm saying it's better than everything else because it's really obscure" but actually THE BEST. 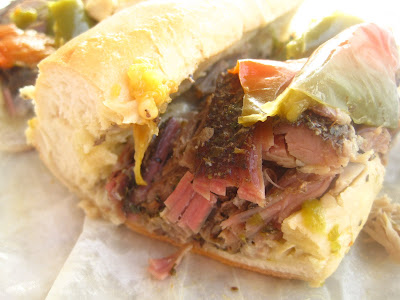 Hard to compare with John's Roast Pork or Nick's Roast Beef's Pork (also in the article) because the pork we had was pulled rather than sliced. Definitely better than Dinic's in the Reading Terminal and even Porky's Point that I want to be the best because it's so freaking cool. 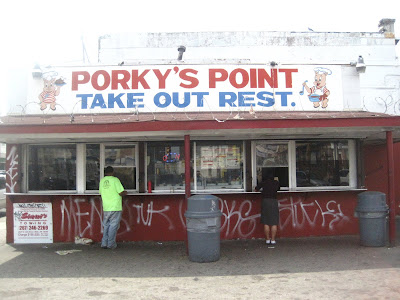 Speaking of Porky's Point this place is incredible, I first went there last year with the amazing Rose Luardo to shoot some video of us eating pigs ears. The owner / manager was nice enough to hang out and tell us the history of the place, which in the 70's was a regular cheesesteak and roast pork stand in what was then an Italian neighborhood. When the area went Puerto Rican instead of getting bitter and racist they changed the menu. 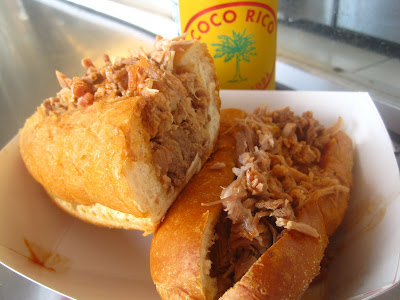 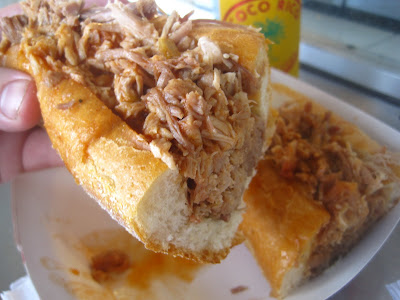 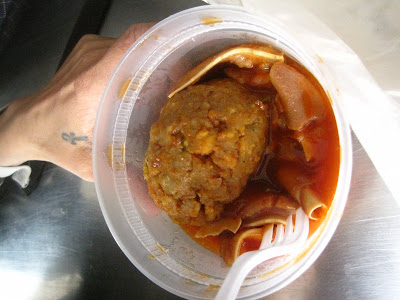 And seriously try some mofungo and pig's ears too... so good. 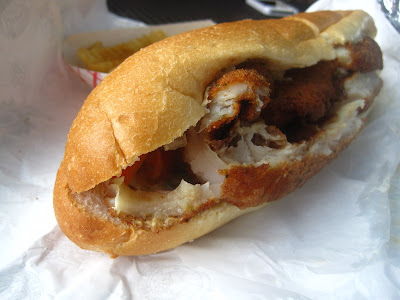 Another awesome find was Bizini's. If you read this blog often you're probably aware of my obsession with Fish Hoagies. I've been trying to find some really good ones and Bizini's is up there. Most I've had have been relatively small, flat filets but these were thick, dinner sized portions of perfectly fried, fresh flounder. Insane. If we do another one of these slideshows I'd love to do all fish hoagies. 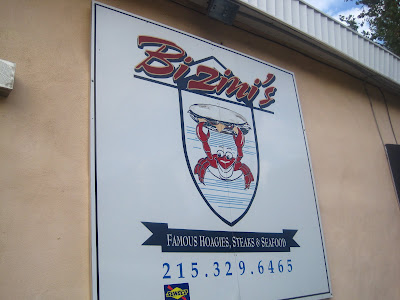 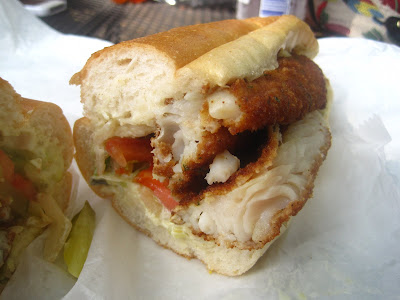 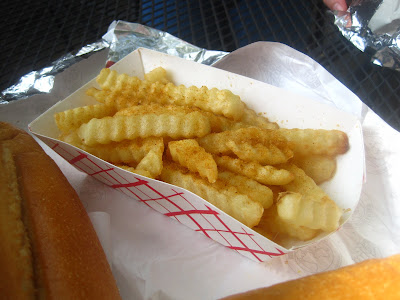 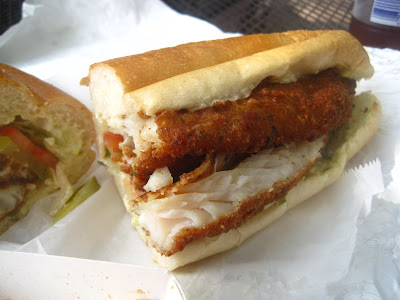 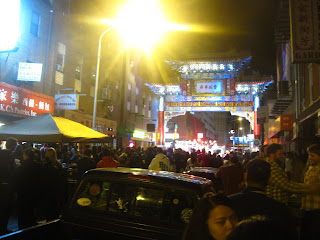 I missed the last couple of these things since the first one on Passyunk where everything was closed by the time I got there and ended up eating wings at the Adobe Cafe. Anyway Chinatown is an AWESOME location for the Night Market and it really felt like a real market and not just a foodie PR event. They should do this once a week. 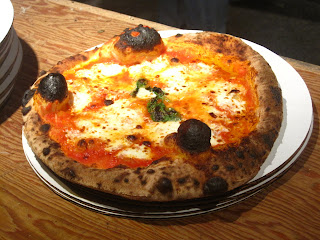 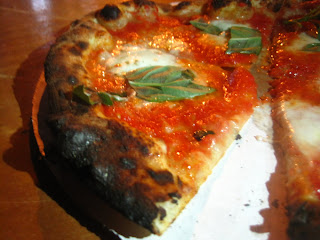 margherita from pitruco
One highlight was definitely the dueling brick oven pizza trucks. I wrote up Pitruco for Daily Slice but Nomad was good too, although it's a bit of a bummer that their truck is not going to be a full time thing (sit down restaurant opening next year or whatever). After that were several startlingly weak bandwagon asian-fusion things made by white people that didn't taste like anything. Then pulled pork sandwich from Geechee Girl that was DELICIOUS. 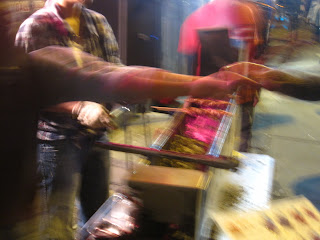 One of the best bites came from the front of Solo, a Chinatown skewer bar a few blocks south of the whole thing that had giant speakers blasting Chinese dance music and a skewer grill set up out front surrounded by a bunch of drunk dudes downing bottles of Coors Light. 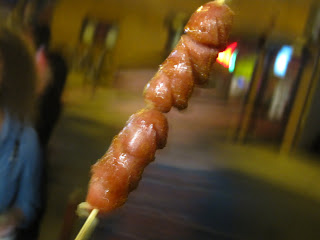 The "mini hot dog" skewer was one dollar and the dogs were scored into a crazy pattern and basted in some delicious salty sweet glaze. The lamb was super spicy and sort of fatty in a couple bites but what do you want for 2 bucks? 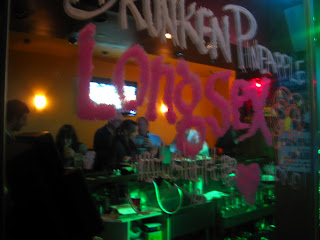 And of course no trip to Chinatown is complete without a visit to our favorite asian-fusion hotel / bus terminal / sports bar Tazia for shots of "Drunken Pineapple Longsex".
Posted by hawk krall at 11:50 AM 1 comment: 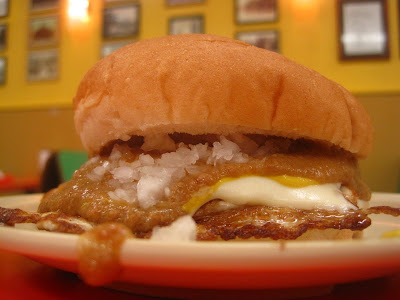 Lots and lots of pictures of The Sundowner - hamburger topped with "Coney Sauce", yellow mustard, super finely diced onions and a fried egg - from Coney Island Lunch in Johnstown. 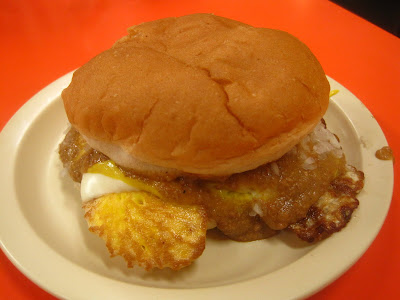 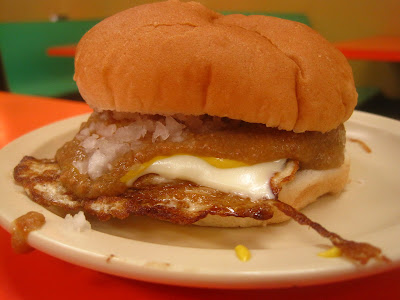 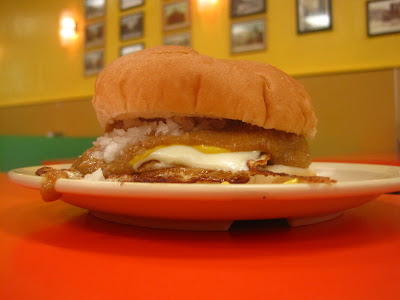 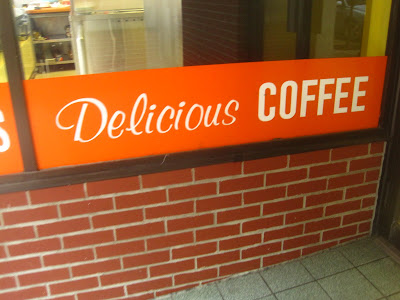 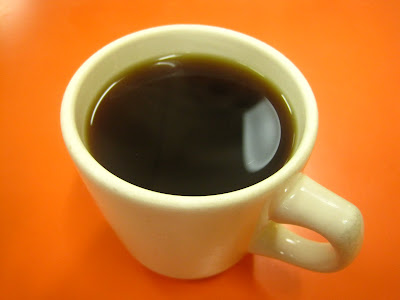 Read about their hot dogs on Serious Eats-
Hot Dog Of The Week - Coney Island Lunch in Johnstown, PA