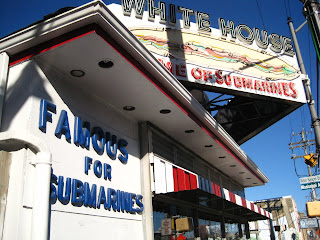 I first read about Atlantic City's legendary White House Sub Shop while doing an illustration for this awesome NY Press article about offbeat Atlantic City stuff. The whole article made me sort of bummed that I'd been to AC a handful of times and never been anywhere but douchebag nightclubs and crappy buffets. So there was no way I was leaving again without checking this place out. 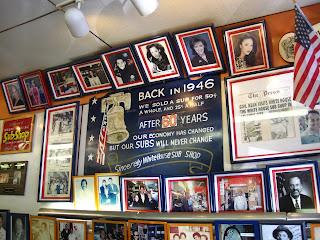 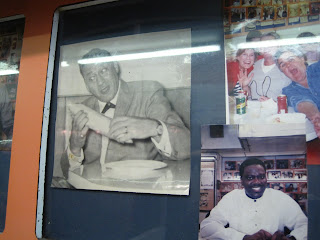 Walking in to a counter and handful of well worn booths filled with a healthy mix of Atlantic City locals and tourists walking out with massive brown bags stuffed with dozens of giant sandwiches, I knew right off the bat this was my kind of place. Along with the walls plastered in Sinatra's towel and greasy framed photos of Bernie Mac eating a Sub - even if the food was bad I would rave about this place. Good thing the food was terrific. 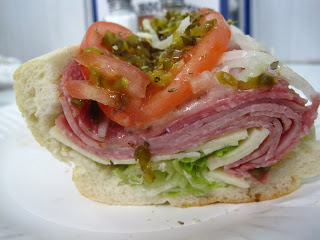 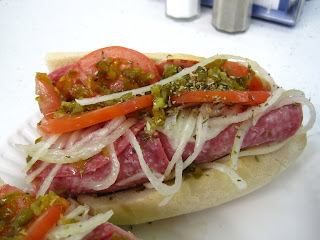 Not really a South Philly Hoagie but something different. Super thick cut slices of ham and black pepper studded salami. Romaine lettuce (on the bottom) and tomatoes topped with a confetti of hot pepper relish and oregano. Slight crust to the long rolls, soft in the middle but sturdy enough to stand up to the generous oil dressing .. and it still wasn't soggy hours later when I finished the 2nd half at home in Philadelphia. 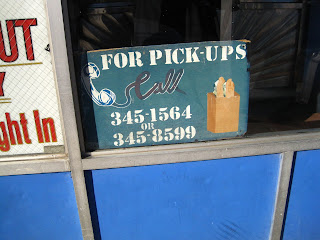 The bread really makes it here. Delivered uber fresh 4 times a day from nearby Formica Brothers in the form of the old guy transporting them across the street in a beat up grocery cart while we were there. Awesome. Took me back to the hoagies I grew up with in the suburbs from spots like Lee's. 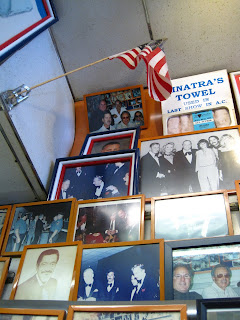 Nothing like the super premium seeded Italian hoagies from Cosmis and P&S with the mortadella, proscuitto and real capicola that are basically Italian Charcuterie on a roll. This more "American" style of hoagie (or Sub) is everywhere but usually made with carelessness and even contempt (wawa) so it was amazing to find it done so well. Apparently their Steaks are pretty damn good too, definitely my first stop next time I'm in AC. 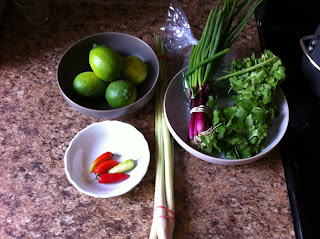 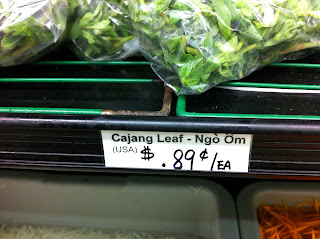 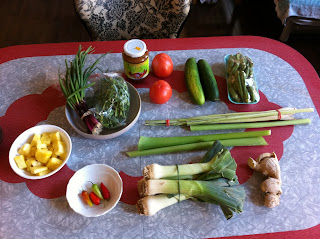 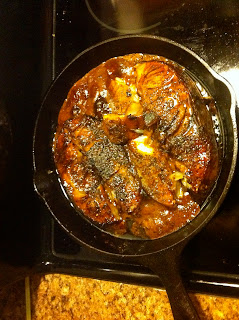 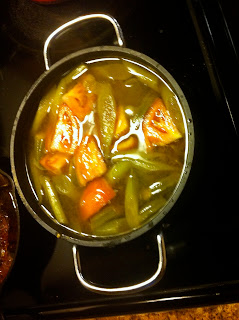 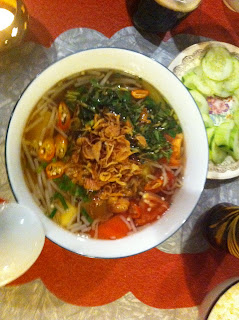 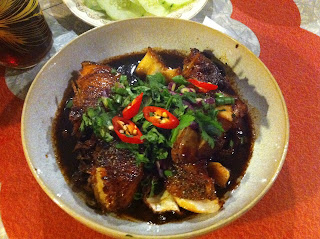 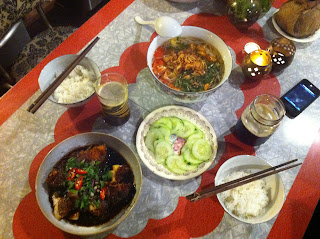 Canh Chua ( Sour Soup ) and Ca Ko ( Claypot Catfish ) are both Vietnamese dishes that is kind of the epitome of Vietnamese cooking for me. Even though for much less effort you could easily get it at a Vietnamese restaurant for very little money, there's still a huge sense of pride making it yourself exactly the way you like to eat it. I felt really good about making both of these things from scratch this past weekend.
Posted by Kris Chau at 9:50 PM No comments: 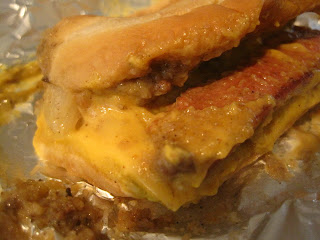 PW's food issue is out, with a great article by Emily Guendelsberger rounding up favorites of the city's food writers and bloggers. I do some rambling about Texas Weiners (pictured above) and that amazing Mexican pizza from San Lucas.

It's a really great list, with a lot of stuff you haven't already read about 400 times like Cambodian Phnom Penh Noodles, Whiskey Doughnuts and Yugoslavian Stuffed Cabbage.

I Dunno, Where Do You Wanna Eat? - Philadelphia Weekly
Posted by hawk krall at 2:48 PM No comments: 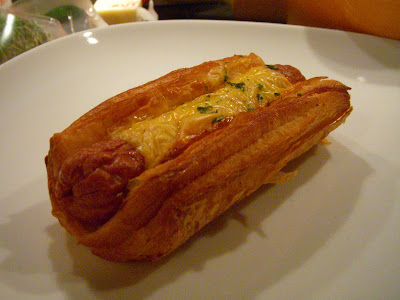 Hot dog wrapped in a delicious flakey buttery croissant roll and some sort of cheese and parsley garnish. Threw it in the oven for 5 minutes and it was awesome. Dog was actually good despite being sort of shriveled, tasted more towards spicy beef dog than bland cheap chicken dog. Good stuff.