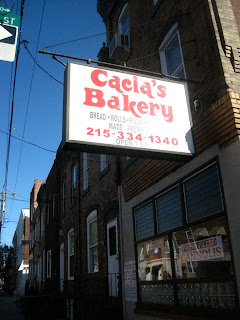 Check out Cacia on Ritner for square pies of all variety. On a friday afternoon the tiny storefront was packed with customers lined up for take out, by the slice or "by the box". Not quite sicilian, the crust is thinner than La Rosa, similar to Stogie Joe's / Santucci's style, but with a softer crust and bigger slices. 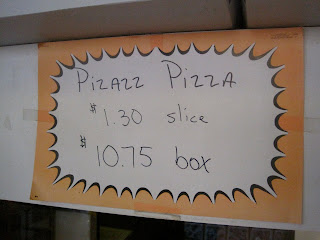 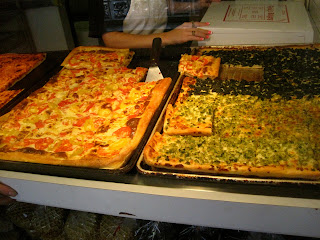 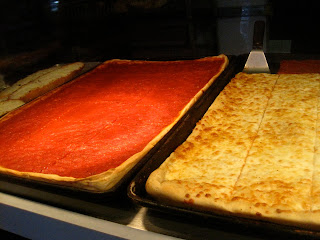 I had to try the Pizzaz - I haven't had the courage to order an entire Pizzaz pizza - which, if you don't know, is a crazy obscure only found in (usually south) philly pie that's topped with fresh tomato slices, AMERICAN CHEESE, and pickled sweet yellow peppers. It was stranger than I expected but actually kind of good, think grilled cheese pizza with a hoagie twist from the peppers. I would eat it again, but don't know about a whole pie. 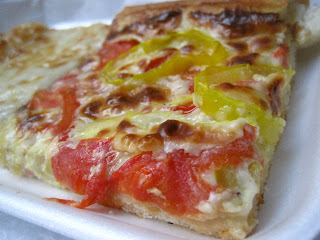 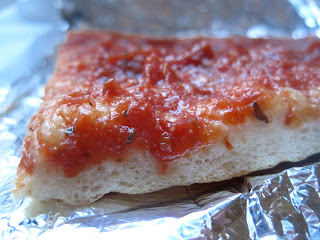 People were ordering it by the box, pronounced "lemme getta boxa bazzaz"... on some of the red white and green south philly menus that land on my doorstep it's even spelled "Bazaz". Awesome. The tomato pie was OK, the white was delicious. And the stromboli looked AMAZING, definitely my next order. I had no idea but they actually have 6 locations - nothern liberties, jersey, etc so there's probably one near you.

They also make this at Del Buono's in Audubon NJ. It is a grandma's pizza thing. American cheese and all.