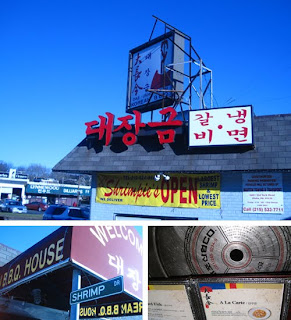 It's really refreshing to eat somewhere without any preconceptions, especially if the food is great. Without reading 75 reviews, googling and yelping, but just getting in a car and driving or taking a walk and stopping when you see a sign that looks good. I knew there was good Korean food in North Philly & Cheltenham but didn't really do any research first. Which can be a disaster when you travel 10 or 1000 miles and come home to realize you ate at the crappy knockoff version of the real place that was 2 blocks away, which has happened before (chicago, paris) but not this time.

Dae Jang Keum is right on the border between Philadelphia and Cheltenham. Beneath the sign for BBQ in korean is a big yellow banner that reads "Shrimpie's now open! Largest Shrimp & Lowest Price!" but once inside there was no evidence of the korean-bbq turned fried fish restaurant I was sort of scared (hoping?) we might find. Nobody spoke a word of english which is a good sign in my book.

The semi-private booths are super comfortable. Huge karoake rooms outfitted with BBQ tables and flat screen TV's are available in the back. Anyway this was some serious Korean BBQ, much better than anything I've had in center city or South Philly. Pork Belly, Bulgogi, Short Ribs and 7 million sauces and garnishes. The servers cook the meat for you here, nice but I actually enjoy doing it myself, although probably not a good idea for the hung over state I was in. 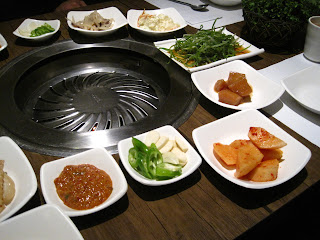 The BBQ here was so good, really nice looking meats and very different from the sort of sad looking scraps you might get at lesser Korean spots. And more garnishes than I've ever seen, covering every inch of the table, all really good, various marinated and pickled things, great Kimchee that I guess I've never had made right because I went through two plates of it here, that they kept refilling. 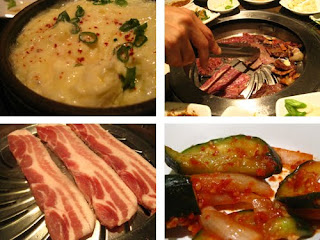 They also brought us a steamed egg dish and some desserts on the house, furthering the theory that every time the camera comes out restaurants give us the VIP treatment. I also might bear a slight resemblance to a grainy xeroxed photo of a certain philadelphia food writer... or maybe the service is really just super friendly. 3 meats and a few sides plus freebies, for 4 people and I think our bill was something like 58 dollars?? Amazing. Definitely going back soon. 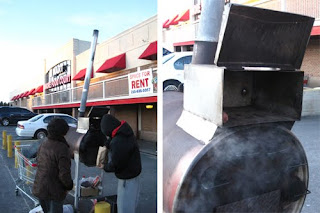 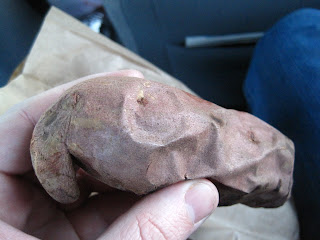 Since then I've read that Kim's BBQ is the go-to North Philly Korean BBQ and surprised to find almost no reviews of Dae Jang Keum. We also checked out the shopping mall around the corner that has a giant Korean H-mart grocery, Paris Baguette Cafe and more places to eat. Also a guy out front selling roasted sweet potatoes aka goguma from a makeshift cooker, it was good but could have used some salt or something? But for 2 bucks, can't really complain.

For more about Koreatown check out this great Rick Nichols article from a few years back-
•The evolution of Korean food in Phila (Inquirer)
Posted by hawk krall at 2:38 PM

CHEESE DUK BOK GEE????? these are what my korean food dreams are made of. actually i want an entire meal of duk bok gee covered in various sauces....

Put the mix into a food-safe 5 gallon bucket and store in a clean and cool place. Food Truck Catering