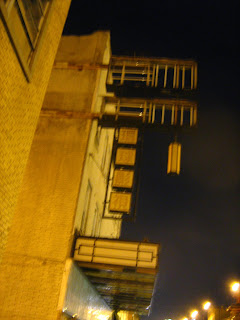 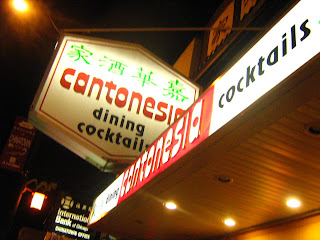 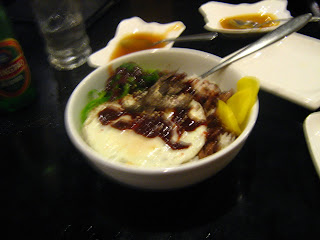 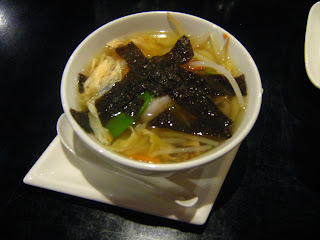 I don't know if it was because there was flooding a few weeks ago, but chinatown in chicago at 8pm on a wednesday is pretty much vacant. there were maybe 3 other people on the pitch black street and most of the restaurants were empty.

anyway we ended up at 'cantonesia' where we were the only people there. seems strange in the third largest city in the united states.

i kept waiting for gangsters to jump out of the ceiling or a little wizard man out of 'big trouble in little china' to float out of the kitchen in a cloud of green smoke.

the food was decent - seaweed soup, dumplings, lo mein - and we drank a bunch of tsingtao. the lights went off and doors locked as soon as we left the building.
Posted by hawk krall at 8:41 PM