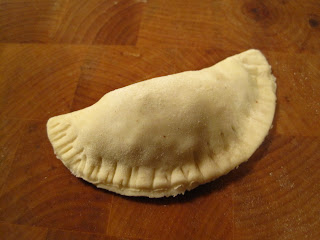 So if you aren't sick of turkey yet... Last week I whipped up some turkey empanadas with dried cranberries simmered in red wine, cinnamon, chiles, bay leaf, etc... The cranberries by themselves were pretty amazing, tasted like mexican christmas.

I assumed I could find Goya empanada wrappers no problem but after going to half the mexican grocery stores in Philadelphia, I found lots of amazing stuff but no Goya Discos. I realized I'd better bust out the flour and rolling pin.

I'm not too much of a pastry / measuring guy so I was worried but turns out empanada dough is super easy. Flour, salt, fat, water & vinegar. I used half butter and half bacon fat for the shortening, and to my surprise the dough turned out great on the first try. If you've ever made pierogies it's almost the same. 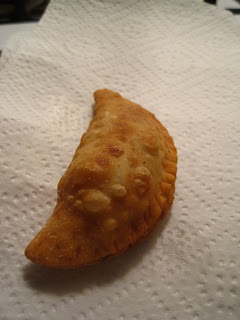 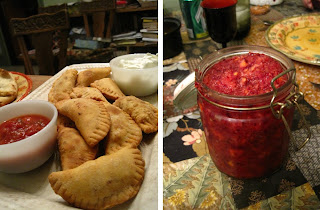 I made enough filling for about 4000 empanadas and was up until 2am thanksgiving eve rolling out dough so now I have a bunch in the freezer. My mom made her classic pennsylvania dutch side dishes of pepper hash and potato filling and some amazing cranberry/orange relish. 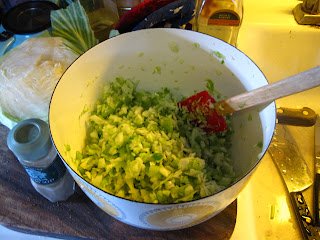 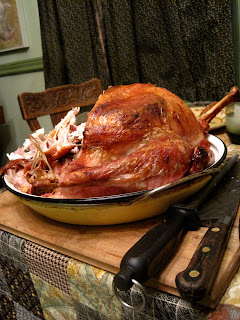 Rolling out the empanadas I listened to some great thanksgiving-related Jean Sheperd podcasts. Best known as the author & narrator of A Christmas Story, Sheperd got started in radio and nearly all of his shows are documented in a podcast that you can subscribe to with itunes.
Posted by hawk krall at 5:55 PM