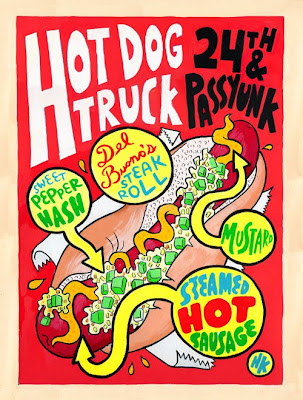 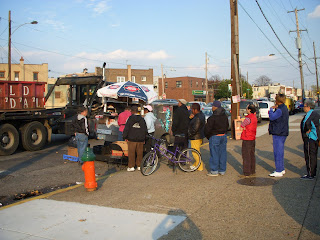 Down on Passyunk Avenue west, between 23rd and 24th streets, right in front of the Dunkin' Donuts this guy sells probably the best hot dogs in Philadelphia. Actually the thing to get is the hot sausage on Jersey's finest Del Buono Bakery long roll. He's got all kinds of toppings but go for the homemade pepper hash.

Get there early - he's probably gone by 5pm, weekdays only, and the line gets long. This is for a reason.. He's been there maybe 10 years cranking out good dogs. There's also supposedly a Carribean food truck down there but I didn't see it. There was another cart with fish sandwiches and fish cakes and a guy selling bootleg T-shirts in a vacant parking lot. 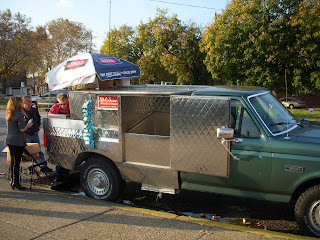 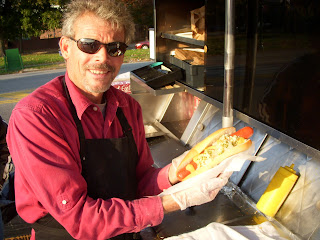 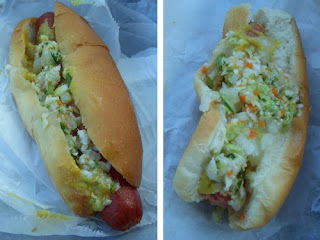 Found some old (1913) recipes for Pepper Hash via Google Books. It really started as more of a pickling process. I always thought it was exclusively Pennsylvania Dutch (German) because my grandmother made it, and the PA dutch certainly made it but it wasn't exclusive to their cooking. But it seemed to hit its height of popularity in the Philadelphia area served with fish dishes and eventually hot dogs.

Anyway you can read the whole article on Serious Eats. 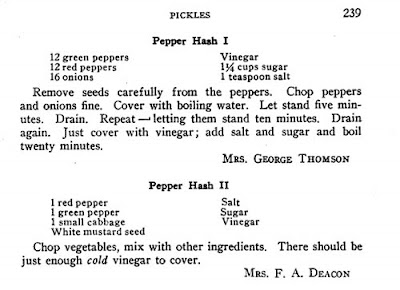 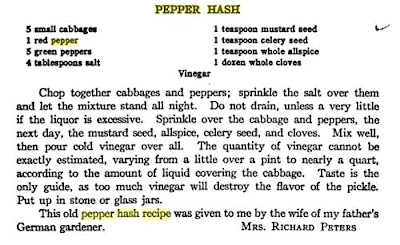