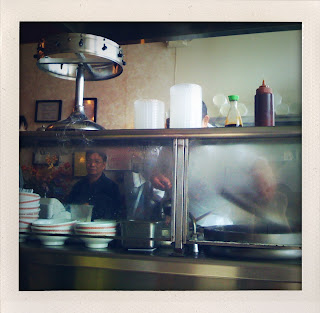 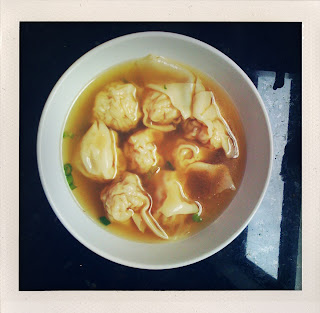 Won Ton Soup is my all time most nostalgic childhood food. Being from Hawaii this is something that Chinese Grandpas made and ate on Sundays. This is something my grandpa ordered for me until he moved away to San Francisco. This and pink wrapped packages of char siu pork that I eagerly unwrapped to eat with my fingers.

Win's Restaurant was another hideaway place we found on are way down to the beach. Shiny hanging pork and duck in the window is what stopped us in our tracks. The old men chopping up meat in the window were also making fresh won tons and noodle soup. Which were huge and fresh and had giant chunks of sweet shrimp in them. The charsiu was delicious! And the sauce that came with them, normally the tasty oily drippings, was surprisingly gingery and light. I dont know about there other food, but anyplace that can make won ton noodle soup and charsiu this good, I would stick to that. That means the talent is in the window, maybe not in the back kitchen. I was also told there congee was delicious.

This looks amazing. I've only had the won ton soup that costs $1.35 from the corner store and love it, I bet the real thing would rock my world.