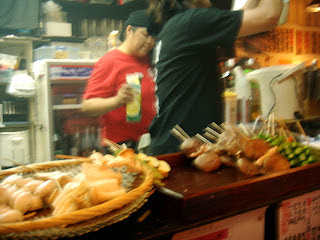 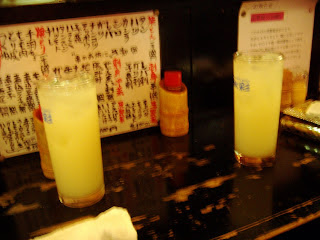 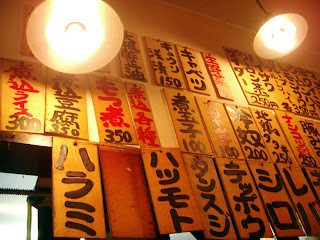 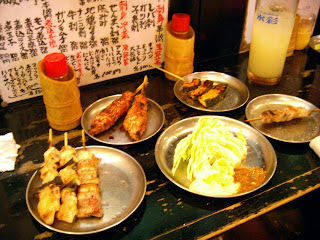 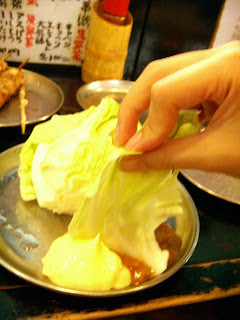 Here is the official Wikipedia definition of Izakaya:

"An izakaya (居酒屋?) is a type of Japanese drinking establishment which also serves food to accompany the drinks. The food is usually more substantial than that offered in other types of drinking establishments in Japan such as bars or snack bars.
They are popular, casual and relatively cheap places for after-work drinking."

Which is basically true. This was one of the greatest eating experiences I ever had. My friend Saya took me to her neighborhood Izakaya, which was in Nerima near Tokyo. She told me she never took any of her japanese friends or visitors from the states because it was too disgusting. I was the exception of course.

It was actually far cleaner than most bars in Philly. We had these really refreshing sochu and grapefruit juice drinks. Saya ordered what is now my favorite fresh cabbage with japanese mayonaisse and miso. Everything is delivered fresh and made for that day only, so when it runs out, its out. The grilled pumpkin was amazing and the endamame was sooo fresh and salty.

Sigh I miss it already.
Posted by Kris Chau at 8:43 AM