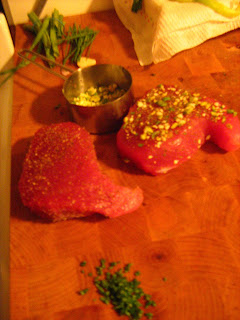 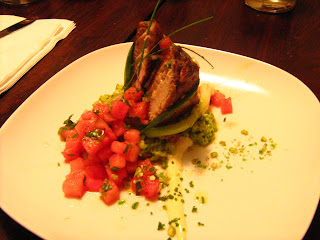 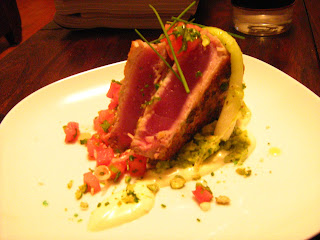 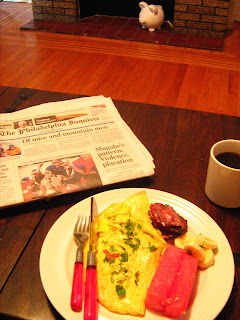 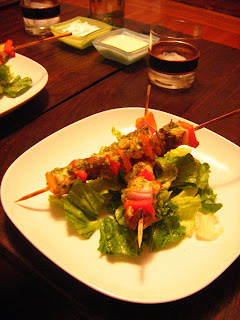 So after a few years of eating nothing but Hoagies and Cheesesteaks, I'm trying to eat some healthy food instead of ordering buffalo chicken pizza every night.

I smashed up a bunch of wasabi peas and used them to crust some nice tuna steaks, seared em' and served up with avacado puree and watermelon salad.

Don't know how healthy the omelet is with turkey bacon, pepperoni and loads of cheese inside, but there's no carbs, and some fruit at least.. mostly I just wanted to post this because it looks good next to the newspaper and coffee...

Then for dinner sunday night some chicken kabobs slathered in cilantro/almond/parsley/lime pesto (basically whatever crap was lying around the fridge buzzed up with olive oil).

Email ThisBlogThis!Share to TwitterShare to FacebookShare to Pinterest
Labels: cooking at home

your girlfriend is one lucky lady