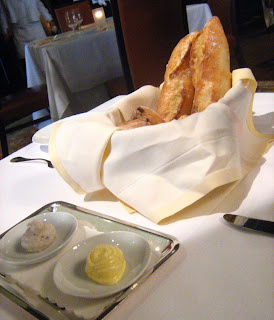 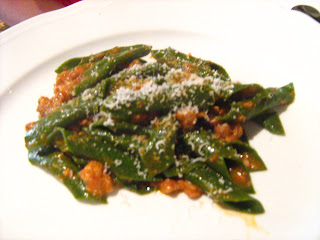 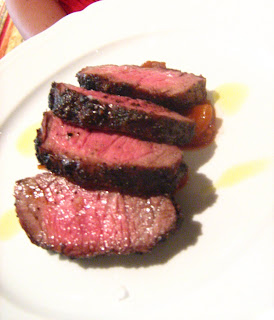 The bread was delicious, especially with a side of nice creamy lard to spread on it. Herb salad & octopus appetizer were decent but not super exciting. Steak was nice and simple, the "roman ribs" were OK but sort of boring. We also split the garganelli bolognese which was incredible. Pasta is definitely the way to go here.

The chocolate torta with sea salt and stratiatella gelato was fantastic. Restaurant dessert more often than not bores the hell out of me- especially on dumbed-down lunch prix fixe menus.

It's sort of strange for the first impression of such a grandiose restaurant to be a cheapo lunch prix fixe. But it's a great deal-
and looking at the full menu you realize it's just a small taste of what goes on. Good enough to want to go back for dinner.
Posted by hawk krall at 9:36 AM