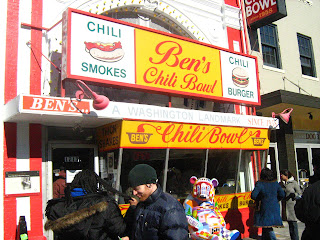 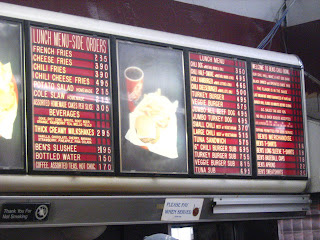 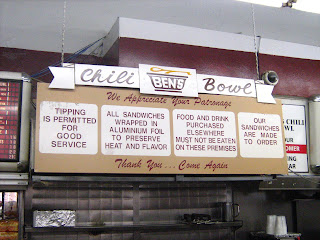 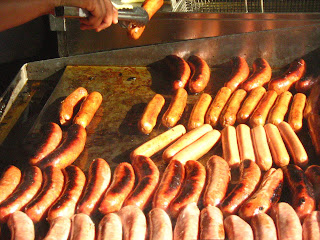 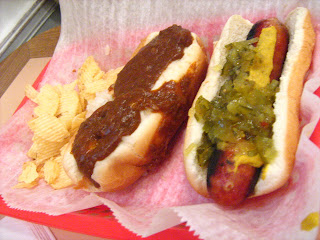 Yeah, Anthony Bourdain was at Ben's on his last show, and Obama was here a few weeks ago, so I lose a few points for originality but there was no resisting that beautiful red and yellow facade. This place is amazing. Ben's Chili Bowl is the only business that was left standing after the 1968 riots, because they stayed open and served up chili half smokes to protesters, black panthers, journalists and riot police alike and became the calm in the center of the storm.

The line was out the door, they even have a bouncer to move the people through, and when you get your food you understand why. I heard some rumours that ben's doesnt live up to expectations but forget that. The thick half beef/half pork "smokes" are char grilled to almost burnt, thrown on a steamed bun and buried in a dark chili sauce. Add some mustard and onions and cheese if you want and you're good. The "chili half smoke" is unique to DC and awesome.

They do breakfast too, I was surprised to see scrapple on a menu as far south as DC. Their milkshakes are also incredible. Ben's is Obama central, you can feel the excitement in the air, I seriously had one of those movie moments where I was proud to be an american and wanted to recite the pledge of alllegiance or something. I can't imagine what it was like inauguration week.