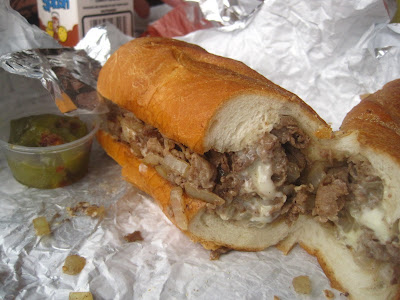 big daddy from carmen's in bellmawr 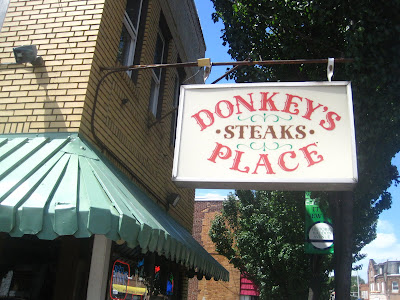 Check out our Cheesesteak roundup over on Serious Eats. Definitely got some new favorites - Carmen's, Donkey's, Chinks... Philip's is still way up there. Something about the way these places do it... the instant you taste it you know you're eating one of the top 10 in the city, and it's sort of sad to ever go back to eating some pile of frozen "chopped and formed" steak that tastes like cardboard. 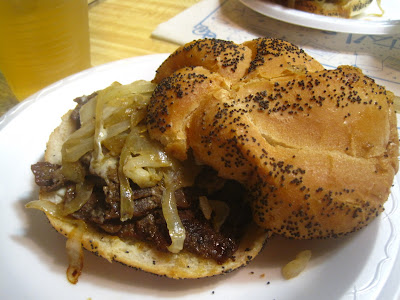 donkey's steak on round del buono poppy seed rolls, beer is a dollar 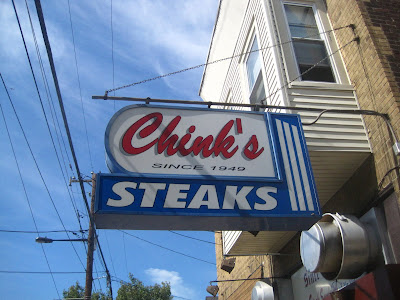 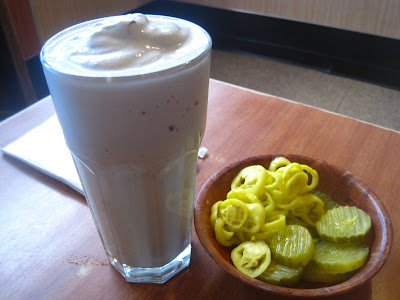 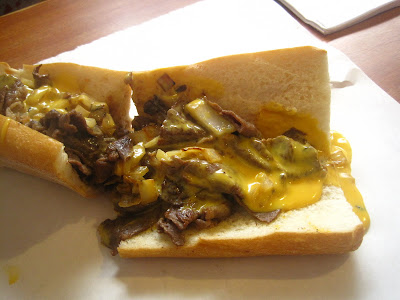 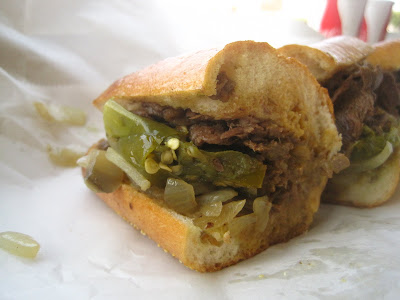 Of course the article got a lot of "why the hell didn't you go to Jim's or Tony Luke's" (yawn) plus a couple that I keep hearing about over and over that look damn good- Mama's Pizzeria in Bala Cynwyd (read about them on Roadfood) and Chick's Deli in Cherry Hill (read about them on Beef and Buns, awesome blog)

The future is definitely not "fancy" cheesesteaks on baguette with gruyere truffle wiz but instead ethnic cheesesteaks like the korean bulgogi "Koagies" and Mexican pizzeria cheesesteaks.... There's others out there too - some real some imagined - so if you know about some hole in the wall in the back of a Cambodian fish market that makes shrimp paste cheesesteaks feel free to let me know!
Posted by hawk krall at 10:01 AM

i know you like your wiz, but i will recommend the chink's with american and onions. i usually sneek a lil mayo on it too. also glad to see you also utilize the long hots from john's. nice job