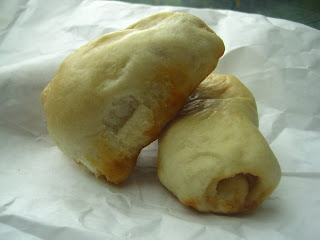 After trying Pepperoni Rolls most people's reaction is something like "We really drove 6 hours for this? its a dinner roll with some pepperoni in it... I know this place in Manayunk that makes REAL pepperoni bla bla bla...."

But we're not talking about that. We're talking about the greasy gas station snack that started with Italian coal miners back in the day, and is pretty much only found in West Virginia and Southwestern PA and parts of Maryland, that for some reason I find myself fascinated with, and for which I dragged my friends (who would rather be fishing and/or drinking beer) along to every gas station and grocery store in a 5 mile radius of our campsite. 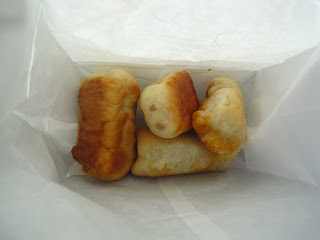 Most Pepperoni Rolls are pre-packaged, so It was awesome to find this gas station / bakery / grocery that makes their own. They were pretty good, sort of sweet and filled with slices of Pepperoni (some have sticks and/or cheese) soaked in orange grease (this is a good thing) and 50 cents each. 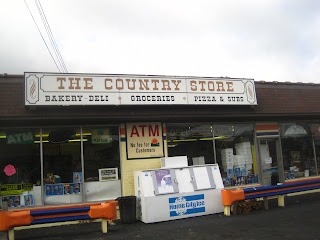 The next place I asked if they had any pepperoni rolls and they lady behind the deli counter said "my sister makes them when she's here but she only works on saturdays" so I guess home-made pepperoni rolls are pretty common in southwestern PA. Awesome. 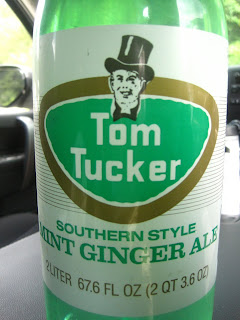 Some other good stuff from this area was Tom Tucker Mint Ginger Ale (add whiskey for an almost mint julep) and Stoney's, a super delicious cheap local lager made in the old Rolling Rock brewery in Latrobe... 20 times better than Iron City or Old German. 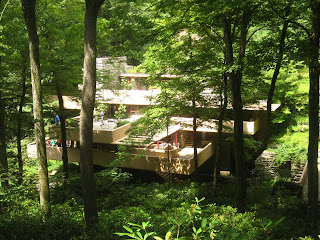 Other stops included Fallingwater (AMAZING) and LOTS of hot dogs including this "Hot Chee Dog" from Hamilton Restaurant that you can read about on Serious Eats. 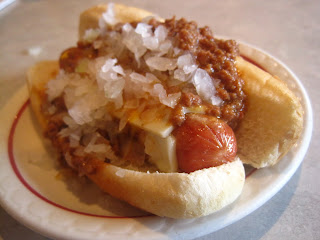 Hi! I'm a Pittsburgh native living in Hawaii. I just found your (awesome) blog while trying to find Mint Ginger Ale to buy online, since I can't find it!

Love your blog and now following :)